The aim of this project is to reach out to those children who had befallen to troubled times, faced disasters, wars natural disasters etc. Orphaned as a result, deprived of protection, vulnerable to exploitation, to deliver rel’ef to them, to take them under protection, to offer support to them until such time they can stand on their own feet and look after themselves, to educate them and to prepare them to life with the compassion of family.

According to United Nations Children’s Fund (UNICEF) reports approximately one quarter of the children around the world live in countries affected by wars, crisis and natural disasters. According to the report, 535 million children do not have access to medical care, decent quality education, food and protection. Researches carried out by UNICEF and NGO’s more than 140 million children lose their families due to wars and natural disasters and continue their lives as orphans.

The lengthy wars and conflicts in Kurdistan inflicted the greatest harm to children and tens of thousands of them were orphaned.

The moment Heyva Sor a Kurdistanê was activated, the very first project was dedicated to children and continued to be uninterruptedly. For 29 years thousands of orphaned, parentless children of in need were regularly supported with monthly aids and this relief continued until they could stand on their feet.

Since its launch, the project has helped 775 children in  Kurdistan. 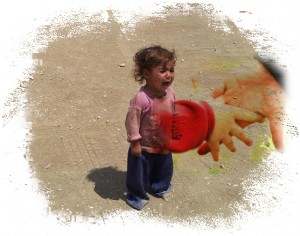 There is only one true competition in life, and that is the competition for humanity. Racing in this competition, we say that the world is our country, humans are our kin, goodness and aid is our faith. Come, let us race together! Remember that a small donation can save a life.